I Would Not Be Ashamed 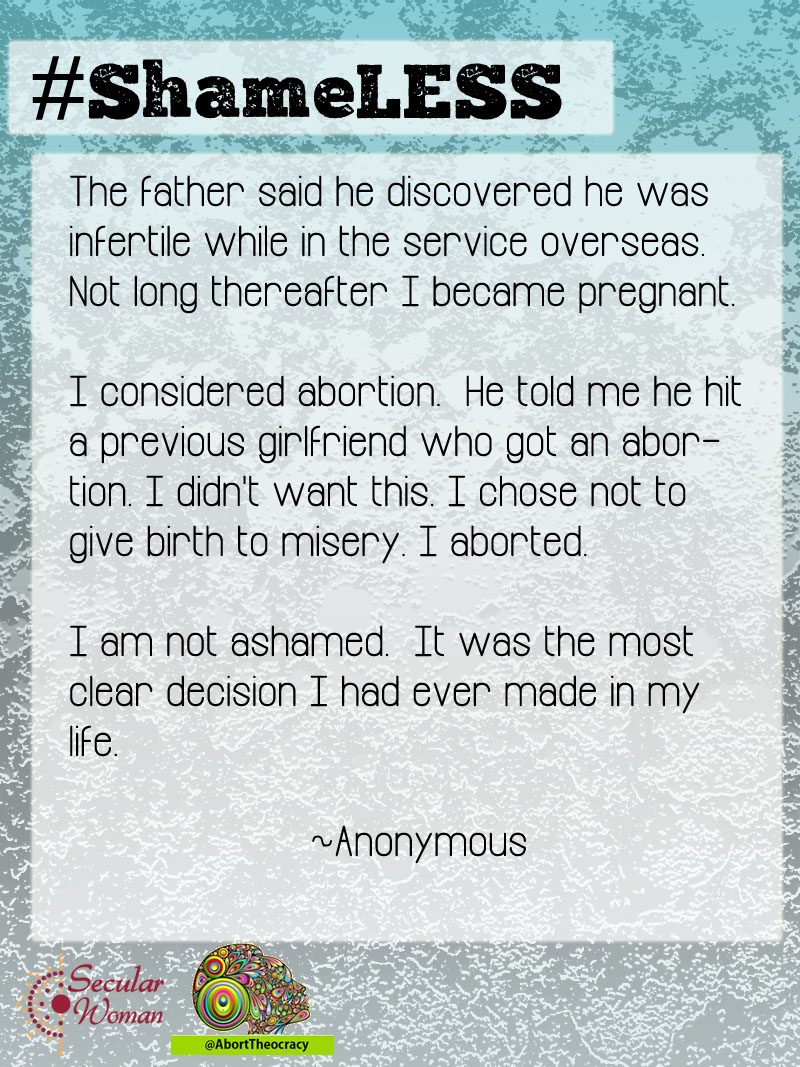 I always supported choice. I never thought I would become pregnant at 18. The father said he discovered he was infertile while in the service overseas. Not long thereafter I became pregnant — I was terrified, panicked, depressed, and resentful. He was ecstatic. I cried. He made sure my roommates didn’t let me touch the litter box.

I considered abortion. He told me he hit a previous girlfriend who got an abortion. Wait – what? Yes. Lies upon lies. What was truth? I considered adoption – I was young – I didn’t want a baby. We were both very poor – what kind of life would this child have? I had neighbors and family members interested in adopting. He threatened with lawyers. He showed up on their doorstep to “convince them otherwise.”

I didn’t want this. I decided it was my life. And if there really is a soul in there, it’s going straight to heaven as an innocent and I took my life back. I chose not to give birth to misery. I aborted.

The father stalked me for awhile – at home and at work. Yelled at me about it in the parking lot of my work! Did whatever he could to shame me. I would not be shamed. Told his friends who would try to shame me and spread rumors. I would not walk with my head down.

I ran into them again years later and they renewed their attacks on me and attempted to shame me. I am not ashamed. It was the most clear decision I had ever made in my life. I have never once regretted it. And after 9 more years of careful thinking, I got a tubal ligation. And I do not regret it. I am in control of my life and my body. If someday I am in a position to raise a child with proper financial and familial support, without threats of violence and lawyers, I will adopt. That is my story.